Captain Frank has been skippering vessels on Sydney Harbour for a number of years now and his knowledge of the harbour is vast. However last year he began exploring the harbour with a tourist cap on his head and he discovered some new and fun facts about the iconic Sydney Harbour Bridge.

Also known as the ‘Coathanger’, the bridge is iconic to Sydney Harbour and the views from the water are outstanding. It is the world’s largest steel arch bridge and one of Australia’s most well-known and photographed landmarks. 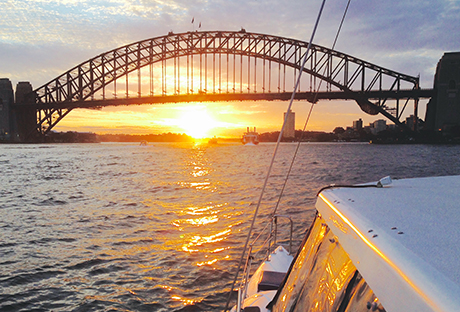 BUT DID YOU KNOW…

2. The top of the Sydney Harbour Bridge arch actually rises and falls about 180mm (18cm) due to changes in the temperature! There are special hinges in the arch top that allow for this movement.

3. Ever wondered why the Sydney Harbour Bridge is grey? When the bridge was built, grey was the only available colour in a large enough quantity to paint the entire span of the bridge. 272,000 litres of paint were required to give the bridge its initial paint. 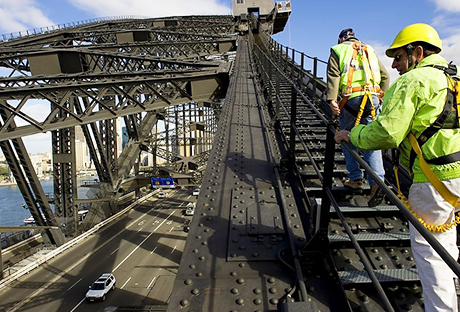 4. Before the opening of the bridge in 1932, up to 96 steam locomotives were positioned in various ways to test the load capacity of the bridge.

5. While the bridge is certainly a Sydney icon today, at the time of construction, approximately 800 families living in the planned path of the Harbour Bridge were displaced without any compensation (certainly not a fun fact, but definitely an interesting one!)

With the Sydney Harbour Bridge now carrying eight vehicle lanes (more than 160,000 vehicles cross the bridge daily), two train lines, a footway and a cycleway, as well as providing the opportunity for Sydney locals and visitors to climb the top of the bridge, imagining Sydney without this icon is not even possible! 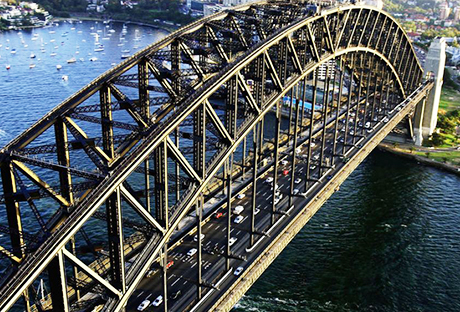 The views from the water are absolutely stunning and no matter how many times Captain Frank and the team cruise under the Sydney Harbour Bridge, it is still amazing and its wow-factor stands strong. You can join Captain Frank and the team on either a private booking or a scheduled harbour tour – we guarantee Sydney Harbour and the views from the water will impress you!